The .30-06 Springfield is an American rifle cartridge that dates back to 1906 when the Army first adopted it. Since then, it has continued to be a popular cartridge used by soldiers, hunters, and target shooters alike from all over the world.

Numerals used to name this round have special meanings. The first number “30” is the bullet’s caliber while “06” refers to the year the cartridge began use – in 1906.

Due to its hard-hitting performance, the .30-06 Springfield is a common round for hunting. It has enough stopping power to bring down large game such as bears, bison, and Samba deer when used at close to medium range.

For effective range performance of any rifle loaded with this round, you need to have the best scope. So, this begs the question of what is the best scope for 30-06 users? Although there are a lot of great picks out there that you can pick without having to spend a fortune, this post will offer a few scope suggestions for you to consider. But first, here are some important considerations to keep in mind when looking for a riflescope designed to work with the .30-06 Springfield round.

What Type of Shooter Are You?
To determine what type of shooter you are, ask yourself where do you hunt most frequently and what type of shooting do you do? For instance, you don’t need a high power scope when you mostly hunt in close quarters where there is thick forest vegetation. A wide field of view would instead help you more by providing better vision of obstructions such as thickets and trees.

What Is Your Budget?
A lot of so called “riflescope gurus” advise beginners to buy what they can afford or purchase glass that costs just as much as the rifle. However, the best approach to use when shopping for a riflescope is to invest in a quality model right from the get-go.

Budget scopes in the $100-$150 range tend to be of low quality and don’t usually last as long as more well-constructed, and therefore, more expensive models. But while the majority of pricey riflescopes (those priced over $1000) are usually well-built, it doesn’t mean you just should settle for the most expensive model you see. A good place to start when shopping for scopes to use with your .30-60 compatible rifle is the mid-price range of $200-$950 since mid-range scopes tend to offer a good balance between value and affordability. Just remember to pick a model that is suitable for your particular type of shooting.

Why not pair up your All-American cartridge with an All-American scope? Leupold has been designing high quality riflescopes in their own facilities since the 1940s. Their VX-II features a variable magnification power of 3-9x, a 40mm objective lens, and Leupold’s unbeatable lifetime warranty.

The German-made Carl Zeiss Optical Conquest riflescope boasts a HD lens system for amazing light transmission and enhanced image quality. This 2-10x variable power scope features a sleek design and is one of the most advanced super zooms on the market. What’s more, it comes with scratch and moisture resistant Lotu Tec coated glass.

With this Vortex scope, buyers get more magnification power a large 50mm lens and fully multi-coated lenses to enhance light transmission. This is the sort of scope to mount on your .30-06 caliber rifle when planning to shoot from long distance range since it has a MOA reticle to help you make bullet drop calculations.

Conclusion
Keep in mind that there are many other good .30-06 scopes other than those suggested above. Picking the best scope for 30-06 caliber rifles is not hard. You just need to determine which scope is ideal for your specific type of shooting and then determine your budget.

While the .30-06 round is for vintage rifles, there are still many manufacturers developing quality rifles for this cartridge. The best part is that scopes for rifles that use the .30-06 round have changed over the decades and now riflemen have plenty of modern models from which to choose. 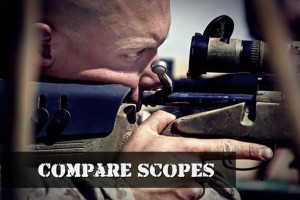 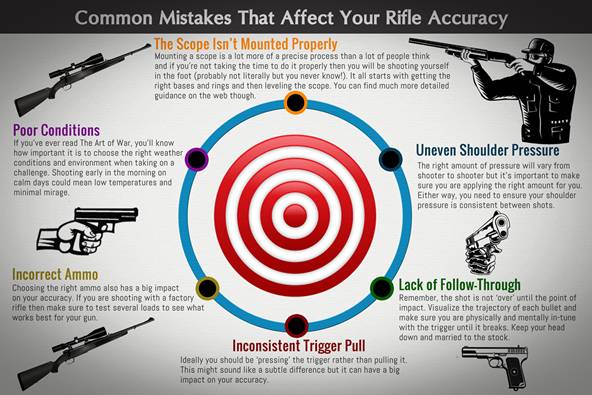