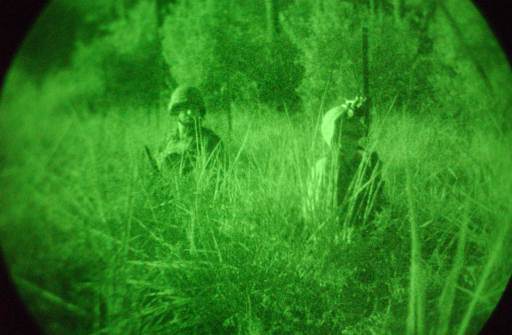 There are many reasons why the night vision scope for AR-15 has become something of a mandatory accessory for the AR-15, and it isn’t hard to see why. While undoubtedly an effective weapon, a night vision scope just makes it even more so. But before you buy one, you need to understand what they are and how do they work.

A night vision scope refers to any device or optical instrument that can produce an image even in low lit areas or near complete darkness. These devices are frequently used by law enforcement officers and the military but have now become available for civilians. When the term night vision scopes are used, it usually refers to the whole unit including the mounting system, waterproof housing and the image intensifier tube. Because of the way technology has evolved, night vision scopes now include telescopic lenses, IR illuminators and other special lenses.

Night scopes first came into being during World War II but were widely used in the Vietnam War. Since that time technology has improved tremendously and with the term “generations” you can distinguish the specifications of each night scope model.

There are many kinds of night scopes used for rifles and night vision in general, and they use different technologies. The most widely used are Near-infrared Illumination, Thermal imaging and Low-Light Imaging, and they are applicable not just to the AR-15 but also to other purposes such as search and rescue, wildlife observation and night security among others.

The most widely used night vision method is image intensifying, although on-chip gain multiplication CCD cameras have gained popularity as well for surveillance and low light security. Most image intensifiers work by amplifying the available light to produce clearer vision, and this is done by using an objective lens to focus photons (light) on the image intensifier’s photocathode. What the light energy does is release the electrons in the cathode.

The electrons then go through openings inside a micro channel plate and bounce off walls that generate more electrons. The end product of all this activity is a dense electron cloud displaying the original image, but with more intensity. Not only is the image more intense, but during the final process the electrons strike a phosphor screen that causes them to glow. If you’re wondering why the night vision scope for ar-15 and others is green, that’s because human eyes can distinguish more shades in green compared to any color.

Of the many night vision options available now, on-chip gain multiplication cameras are proving to be one of the most popular because they are very sensitive even in low light. In addition, they provide high speed imaging.

But that’s not the only option available because there is also thermal imaging, which many prefer because it offers the highest amount of thermal sensitivity. Furthermore, a rifle equipped with thermal imaging will be able to detect vehicles and people from a great distance away, and your vision won’t get hampered by other light sources.

IR illumination is another type of night vision and is ideal if you want to get rid of distracting shadows and see numbers, letters and other small objects. Unlike other night vision devices, IR illumination can be used for facial identification, and it doesn’t get affected by snow, mist, rain or fog, perfect if you use your rifle in different weather conditions.

There is no shortage of options if you’re looking for night vision scopes, with ATN, Armasight, Carson and Bushnell considered among the biggest brands today. Aside from offering clear night vision, today’s AR-15 rifle scopes have other special features such as greater fields of view, infrared illuminators, longer battery life and advanced reticle systems.

If you’re looking for a night vision scope for AR-15 you need to look beyond the night vision capabilities as that is already a given. Instead you should check the magnification capability, warranty, its durability and of course the price. While you don’t want to settle on anything cheap for your AR-15, there are many high quality night vision scopes available for a low price. It will also help if you do some research online and read reviews of these products and see which ones come highly recommended.