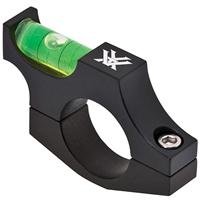 Are you aware of the shooting phenomenon known as cant? This is when you tilt your rifle to the left or to the right. Many shooters may not even know that they have this problem. And when they do recognize it, they mistakenly think that it’s not really a big deal. Even a tilt of just a few degrees can affect your shot. Your shots will tend to impact low, and they will also veer to the side where you are canting.

Now there are several ways of correcting this problem. One way is to use a known vertical or horizontal feature and to align the cross hairs with this feature. If you are using a post, for example, then the vertical cross hair must align perfectly with the post. This is an important thing to remember, especially when using a rock or a tree for a steady support. These natural features are rarely level.

But an easier solution is to simply buy the Vortex Optics Riflescope Bubble Level. It’s cheap, it helps shooters keep the rifle level, and it helps bullets shoot true.

The working principle of the Vortex Optics Riflescope Bubble Level for 1in Riflescope Tube BL1 is easy enough to figure out. This device has a very easy to see bubble, and this can indicate whether or not you are holding your rifle level.

It’s such a simple device, yet the benefits are amazing. It can really tighten up a shooter’s groups. Its placement is also very convenient, as it does not mess with adjusting or sight acquisition. All in all, for those who tend to tilt their rifles without even being aware of it, this device is a godsend.

As for the negatives, shooters have to know how to set up, adjust, and take care of the device properly. Once they know how to do all these things, then nothing could go wrong.

This is almost a “must buy” device for everyone who uses a rifle. Even those who aren’t able to use it properly are at the very least made aware every time of the importance of keeping the rifle level. Such awareness alone is worth the price of the Vortex Optics Riflescope Bubble Level for 1in Riflescope Tube BL1. 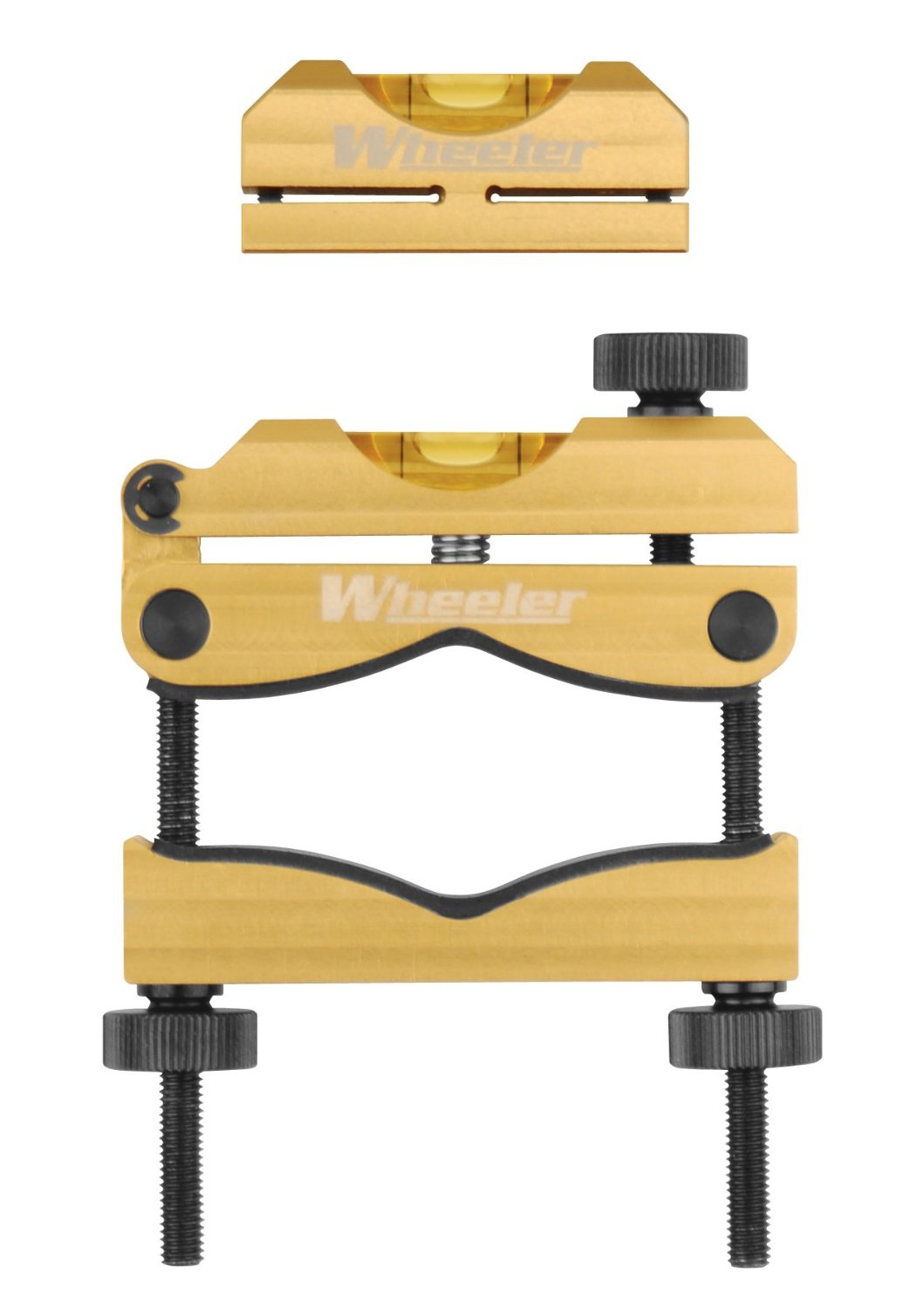 In the old (pre-Wheeler Professional Reticle Leveling System) days, mounting a scope was a big production. The old way was to first set a rifle to level it out. Back then the scope was placed in the rings, and the shooter used their eye to level the horizontal bar of the reticle. The shooter would adjust the vertical component, until it was properly perpendicular to the axis of the rifle. This method was effective most of the time, but not always. It also took a lot of time and effort.

Nowadays, there are some fairly affordable reticle-leveling systems available. But for professionals who mount scopes for customers, a much more effective system is needed. That’s where the Wheeler Professional Reticle Leveling System comes in.

The Wheeler Professional Reticle Leveling System is probably the most effective tool that can be used to align a scope precisely. It’s made from anodized aluminum, and it comes with factory adjusted calibration set screws, aluminum level housings, Computer Numeric Control machined aluminum level housings, and a protective molded case. It also comes with an easy to understand and implement instructions.

This system can be used for just about any type of firearm. The list includes falling block action (aka dropping-block or sliding-block), bolt action, pump action or semi-autos, including AR platforms.

This is probably one of those tools that when used, people can’t tolerate anything less afterwards. The Wheeler Professional Reticle Leveling System is a supreme example of a tool that helps people mount a scope correctly. With this instrument, leveling out the reticle on a new scope takes an astonishingly short amount of time. The instructions are quite easy to follow as well.

Of course, the bad news here is the price. But for those who tend to mount scopes regularly such as gunsmiths and dealers, this tool is priceless. It may even be a worthy investment for those who have bought expensive scopes, since mounting such a scope incorrectly renders them virtually useless. 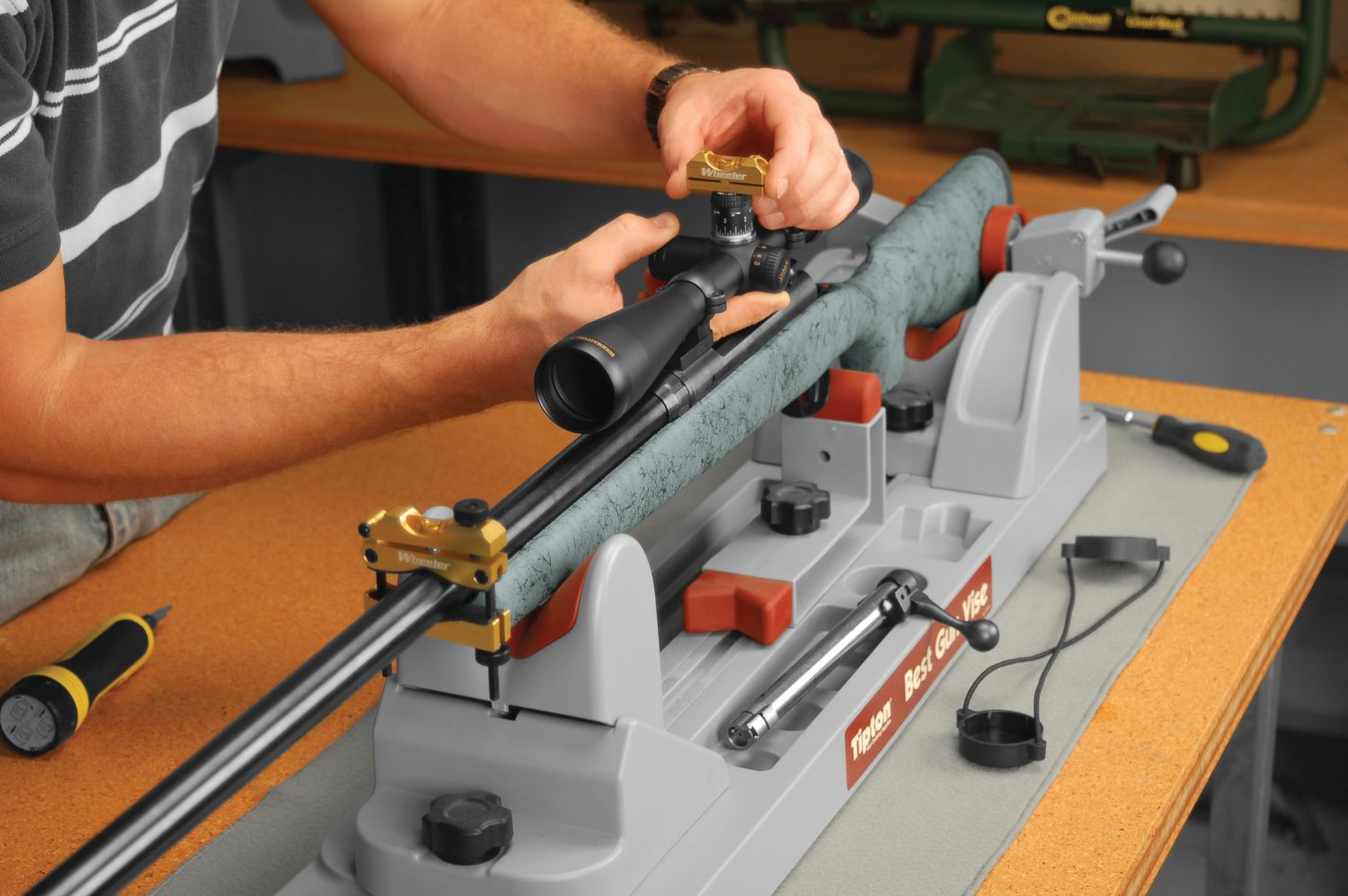 When it comes to quickly setting up a scope for maximum precision, there’s probably no other system out there that can match the excellence of the Wheeler Professional Reticle Leveling System. It’s that good.